RemeGenix, Inc (“RemeGenix”) is a development stage biotechnology company, focused on the commercialization of disease-altering therapies to prevent and treat Alzheimer’s disease (AD).

RemeGenix' lead drug, MoBA represents a novel drug class, a Modulator of Beta secretase processing of Amyloid Precursor Protein (APP). Unlike the competition, it allows for the most specific modulation of APP processing, without having the potential for side effects (see slideshow below for a comparison of MoBA and other competitive products in development).

Numerous AD drugs developed by our competitors have failed, some with significant side effects, and most recently one of the drugs even made the patients cognitive impairment worse. Pre-clinical studies performed using our Novel Models of Alzheimer's and Dementia (NoMAD) would have predicted such a failure.

Therapeutically, MoBA can provide the most specific protection from APP processing, and therapeutically rescue a patient from cognitive decline and/or deficit associated with faulty biological processes responsible for cognitive dysfunction. 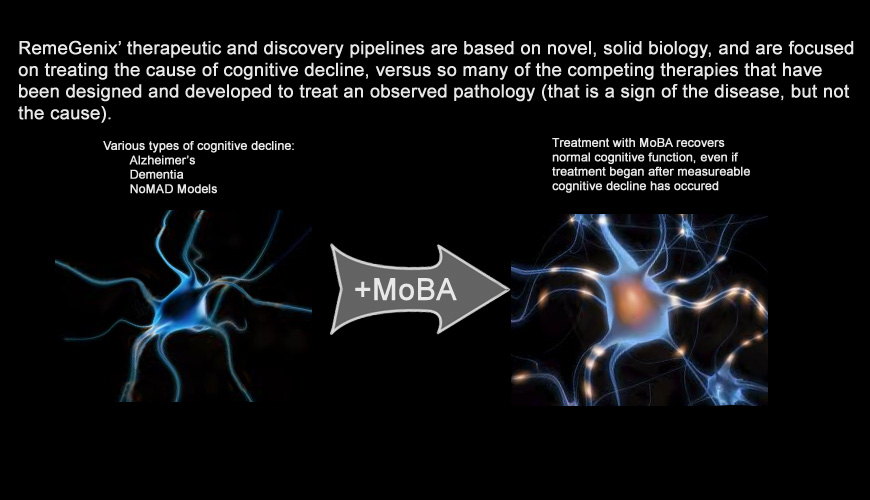 RemeGenix is dedicated to the development of disease modifying drugs that can be used to treat Alzheimer's and technology platforms that can further the understanding of this complex disease.

RemeGenix lead therapeutics for treating the cause of Alzheimer's disease are Modulators of the Beta Secretase Processing of APP (MoBA). 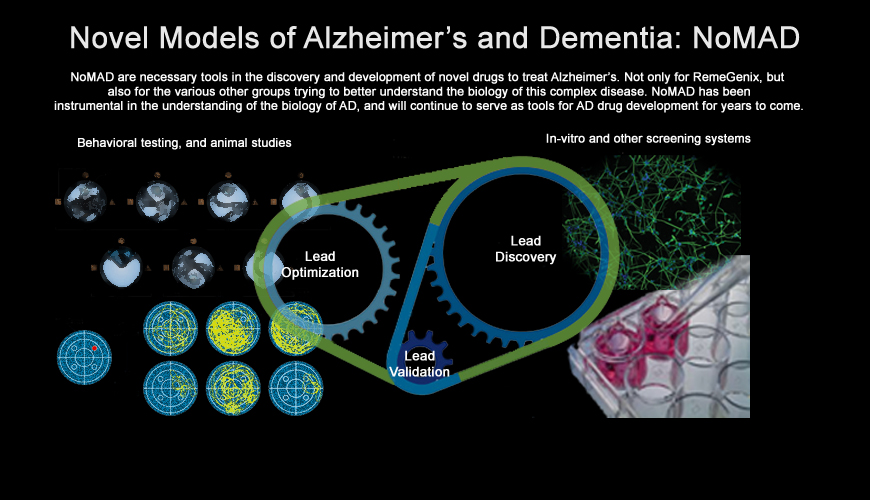